Chirina Company owns fields near village Sartichala, where high quality corn and wheat are grown. In addition to our own grain, we also buy and process grain from local Georgian farmers. 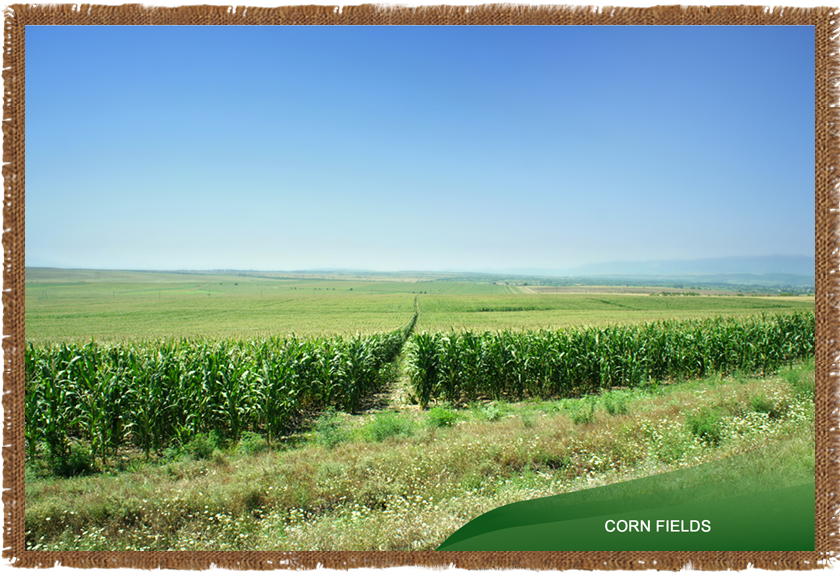 Grain which is grown in Georgian fields, is dried in owr own factory. First of all we check the quality of raw grain. In our laboratory, we test on chemical structure and presence of mycotoxins. Grain is accepted only if successfully passes lab testing. After that, grain is proceded to dryer, where it is dried to the desired humidity level. Dry grain is transmitted to storing silos, where the 24-hour observation guarantees the best storage conditions.

Chirina built the largest dryer and storage plant in Georgia with its British partner – Chief Industries.

Chief Industries operates in agro industry for more than 40 years, and is one of the leaders in building Grain storage and grain management factories.

Chirina Company owns the Feed Mill, where the Georgian grain is processed into granulated, complete, combined feed. Feed is marketed under the brand name KvebeCo.

Factory is equipped with modern line, and meets European standards. The quality of grain and ready feed is controlled in our modern laboratory.

The main advantage of combined, granulated food, is that during granulating process the activity of toxins and poisonous substances lowers, and feed becomes 100 % free of Salmonella; as a result we get totally healthy, safe food for chicken.

Factory prepares feed for birds and agricultural livestock. Food is prepared without adding any hormones or GMOs.

Our company built the first combined feed mill in Georgia with Spanish partner Rosal. Rosal operates in feed mill industry for more than 50 years, and has more than 400 clients throughout the world.